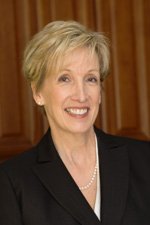 Prior to establishing her own practice in 2011, Michele worked for more than eight years as special counsel at Littler Mendelson P.C., a national management side law firm, where she defended employers against claims of harassment, discrimination, retaliation, and wrongful termination. She defended employers in numerous wage claims before the California Labor Commissioner. Michele worked on legal teams defending employers against wage and hour class action lawsuits, and she served as lead counsel in defending a cable company and a commercial moving company in class action wage and hour
lawsuits.

Michele served more than eight years in the U. S. Army Reserve, Judge  Advocate General Corps, where she advised and prepared legal documents for soldiers and their families regarding employment law, family law, consumer rights, and estate planning.

Michele earned her Doctor of Jurisprudence degree from Santa Clara University in 1995. During law school, she served as chair of the women’s admissions committee. She earned her Bachelor of Arts degree in Political Science, with great distinction, from San Jose State University in 1992.

Michele is the owner of her own law firm and independently handles employment matters on a contract basis for Vision Law® Corporation.

Employee Keeping You Up At Night? Or You Have Been Sued? Call Us Now!