You and your employees can agree to have a private arbitrator decide employee issues rather than a jury of your supposed “peers.” Arbitration of employee claims is experiencing resurgence. Since the California Supreme Court’s 2000 Armendariz decision, the utility of mandatory binding arbitration had diminished, particularly for small/medium employers. But decisions from the United States Supreme Court have since brought mandatory arbitration back to life especially in the context of class action and representative action waivers and possibly in overruling the Armendariz requirements. If you are wondering how arbitration works or whether it is right for your business, call or e-mail us now for a free consultation. 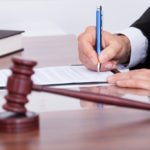 Arbitration is a critical tool for California and small and medium businesses to deal with the escalating costs of traditional litigation. Arbitration allows employer-employee disputes to be resolved in a quicker, less formal manner. That does not sit well with many judges and plaintiff’s attorneys, who continue to mount attacks on the validity of arbitration agreements despite the mandates of …

Use Stand-Alone Agreements For Employment Arbitration 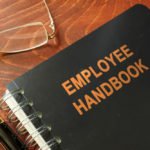 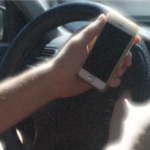 Can an employer and employee agree to litigate wage claims before an arbitrator rather than the Labor Commissioner?
Two days ago, the California Supreme Court issued its Sonic-Calabasas II decision that was supposed to answer that question.  But the case creates more confusion in an already uncertain and hotly litigated area of law.

We recently posted on class arbitration rules for business.  Just 10 days later, the US Supreme Court has issued another ruling enforcing class arbitration waivers in binding arbitration agreements.
The case is American Express Co. v. Italian Colors Restaurant (6/20/2013).  It says a large charge card company can require its small business merchant customer to arbitrate on a one-on-one basis only, not …

Since the California Supreme Court’s Armendariz decision, arbitration agreements under California law have been bitter sweet.
California small-medium businesses (SMB’s) can impose mandatory arbitration agreements on employees to arbitrate employment related disputes, but must pay for all fees and costs associated with the arbitration.
Mandatory binding arbitration removes the case from a jury and requires the plaintiff employee to sue your business before …

Employee Keeping You Up At Night? Or You Have Been Sued? Call Us Now!